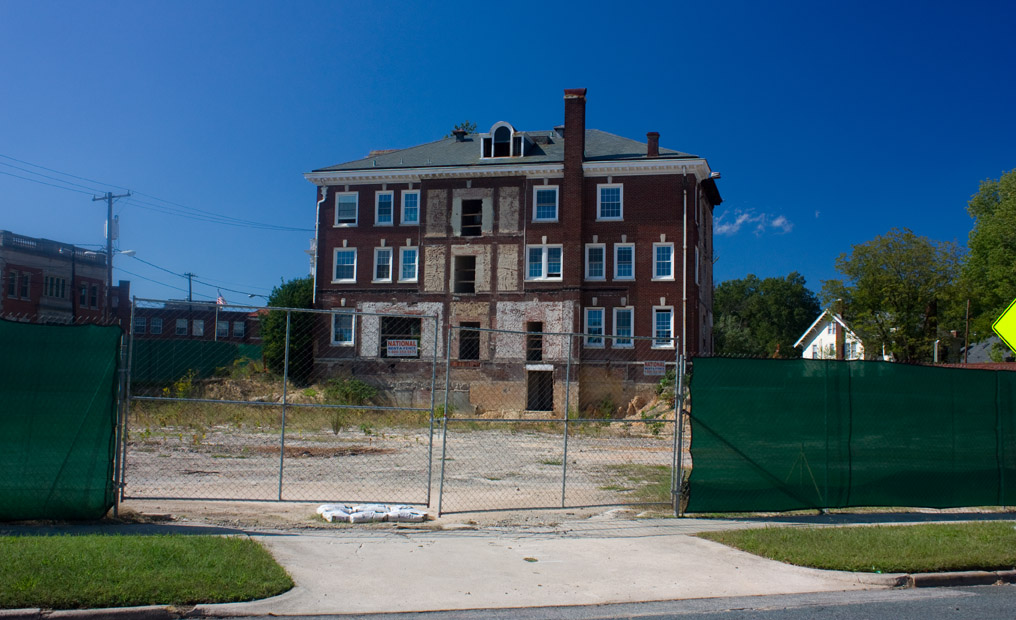 Issue Background and Overview:
McPherson Hospital, built in 1926, was the first hospital in Durham. It functioned as a medical center until 2005, when the Eye and Ear Hospital relocated. A developer quickly purchased the property, asked for a rezoning, and unveiled plans to turn it into a boutique hotel. The property was subsequently sold to another developer, who reconfigured the plans for the building into a larger extended-stay hotel. By 2009, any signs of construction had come to a complete halt. In 2013, the developers asked the city and the county for tax incentives, which Preservation Durham supported. The project is slated to start construction in 2014.

Thank you to North Carolina Humanities and the National Endowment for the Humanities for their support during a challenging stretch for us. When many of our traditional fundraising approaches were not possible due to Covid-19, NC Humanities provided us Read more…

The Catsburg Country Store's iconic look is a landmark for locals and visitors driving along Old Oxford Road. The red building with a hand-painted black cat on the false front was built in the 1920s.

PRESERVATION DURHAM’S OFFICIAL STATEMENT ON THE OLD WEST DURHAM NEIGHBORHOOD PROTECTION OVERLAY ISSUE Old West Durham, one of the earliest neighborhoods in this city, is rich with reminders of our history and, thus, of significant Read more…