The Architecture of George Watts Carr

$25  Day-of tickets will be available at the tour headquarters on both Saturday and Sunday, 11:30 – 3:30 pm. Tour headquarters is located at the Delta Alumnae House, 1000 E. Forest Hills Blvd.

All tour attendees (including advance ticket holders) must check in at Tour Headquarters to receive a tour booklet, which will be marked at each site. 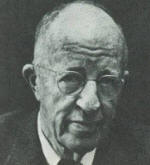 George Watts Carr, Sr. was the designer of some of the finest 20th century architecture in Durham and across the state. He was the principal architect for both the Forest Hills and Hope Valley neighborhoods, and his homes were cherished for their fine finishes and careful details. Carr also designed many notable commercial and institutional buildings, such as the Watts Hospital (NC School of Science and Mathematics), the Trust Building, the  Hill Building, NC Central University and several local schools, such as WG Pearson, Whitted and the East End Graded School.

The Museum of Durham History is running a special exhibit on George Watts Carr, Sr. during April and May. Learn more about his designs and their impact on the city of Durham. Be the first to complete an architectural scavenger hunt and win a pair of Home Tour tickets!

October 15 & 16, 2022 Preservation Durham is very proud and excited to present our inaugural Beechwood Cemetery tour. This tour is the pilot episode for a series of tours that we will continue in Read more…